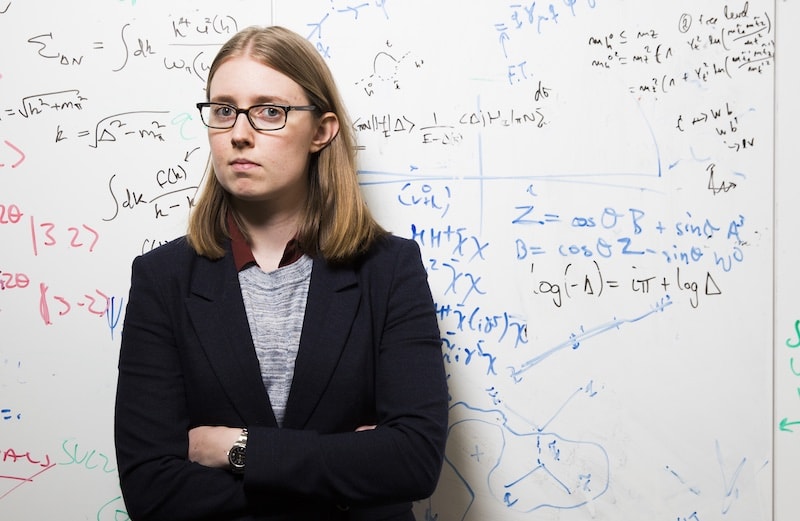 Respected Science News magazine has named Phiala Shanahan in its latest list of elite young scientists ‘pushing the boundaries of scientific enquiry’. All of those honoured were nominated by Nobel laureates, recently elected members of the US National Academy of Sciences, or previous winners of the accolade.

Phiala studied undergraduate and postgraduate physics at the University of Adelaide before moving to the US. After some postdoctoral work, she was hired by the prestigious Massachusetts Institute of Technology as its youngest ever professor of physics.

Phiala’s research aims to calculate the characteristics of protons and neutrons based on fundamental physics. She wants to determine not just their size, but also their mass and the nature of their components — how, for example, the quarks and gluons that make them up are sprinkled around inside. These calculations can help scientists put the ‘standard model’ – the theory that governs elementary particles and their interactions – to the test.