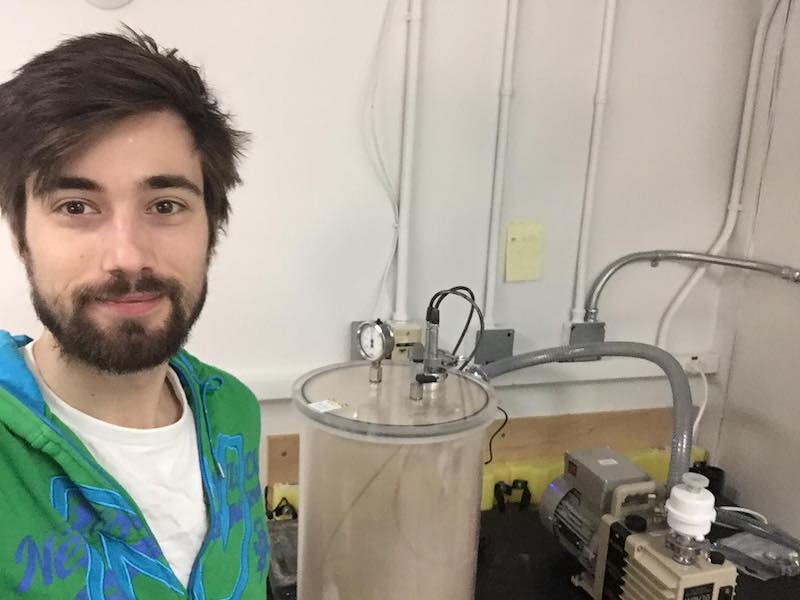 I received the AusIMM/Playford Trust Scholarship for my Honours degree in geophysics in 2014 for the thesis topic ‘heat flow and geothermal energy in South Australia’.

After completing that degree, I stayed in the geophysics industry and worked for an Australian energy company for several years as a geophysicist.

In 2016, I began a PhD in space science at the University of New South Wales, where I am looking at the feasibility of using geophysical techniques to map the surface and interior of asteroids and other planetary bodies such as the Moon and Mars.

In particular, I have been testing seismic techniques using Lunar and Mars soil simulants that have been manufactured using Earth materials to make them as similar to their respective environments as possible.

I spent 2017 interning in Los Angeles at the Jet Propulsion Laboratory – a partnership between NASA and the California Institute of Technology – where I was able to use their lab equipment to further my research and perform new experiments. For example, I used a vacuum chamber to recreate the atmospheric environment on Mars and examine the effect of atmospheric pressure on seismic data collection.

I am now in the final stages of submitting my thesis and thinking about what comes next.
Outside of my day job, I have been interested in environmental and animal welfare issues for a long time. I have received several prizes for essays about climate change in Australia and the future ethical concerns around space exploration. I have also briefly served as the CEO of Effective Altruism Australia, an organisation which makes grants to highly effective international development organisations.

2011 Scantech/Playford Trust scholarship
Respected Science News magazine has named Phiala Shanahan in its latest list of elite young scientists ‘pushing the boundaries of scientific enquiry’. All of those honoured…