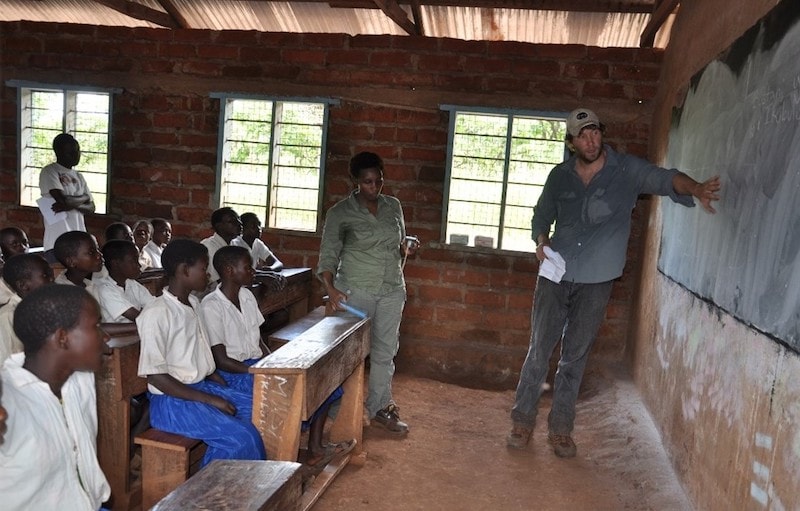 I was an apprentice in horticulture when I was awarded my Playford Trust Scholarship and, being on an apprentice’s wage, the award opened up a world of opportunities I couldn’t imagine – both financially and professionally. I immediately benefitted from the networks and prestige associated with the Trust and my career has since involved a snowballing of opportunities. I completed my apprenticeship earning the title ‘South Australian Apprentice of the Year’ and this exposure allowed me to become an intern in horticultural media with Radio 5AA, while at the same time beginning a role as a Lecturer in Horticulture for TAFESA. Since then, my career has become quite unique. Extending over four continents, it has allowed for a diverse range of experiences, from working with subsistence farmers in Tanzania and establishing vocational training programs for AusAID in the Solomon Islands, to studying the nursery industry in South Africa and working in Israel at the Jerusalem Botanic Gardens. I have worked extensively with the horticulture industry in Australia and abroad in roles involving everything from horticultural media and consultancy to management and training. One of my regular roles has also been to write for the nationally circulated Hort Journal Australia, which enabled me to gain comprehensive writing experience. As a result, I’m soon to complete my first book ‘Off the Garden Path: Green Wonders of the World’, highlighting some of the world’s most spectacular flora in some of the planet’s most exotic locations. I’ve now settled back in South Australia in a permanent lecturing role at TAFESA’s Urrbrae Campus, so things have gone full circle. I started my career as an apprentice and now I coordinate the training programs for more than 100 apprentices from across the State undertaking studies of their own. It has been a whirlwind of a journey – and it all started with receiving a Playford Trust Award.

2011 Scantech/Playford Trust scholarship
Respected Science News magazine has named Phiala Shanahan in its latest list of elite young scientists ‘pushing the boundaries of scientific enquiry’. All of those honoured…